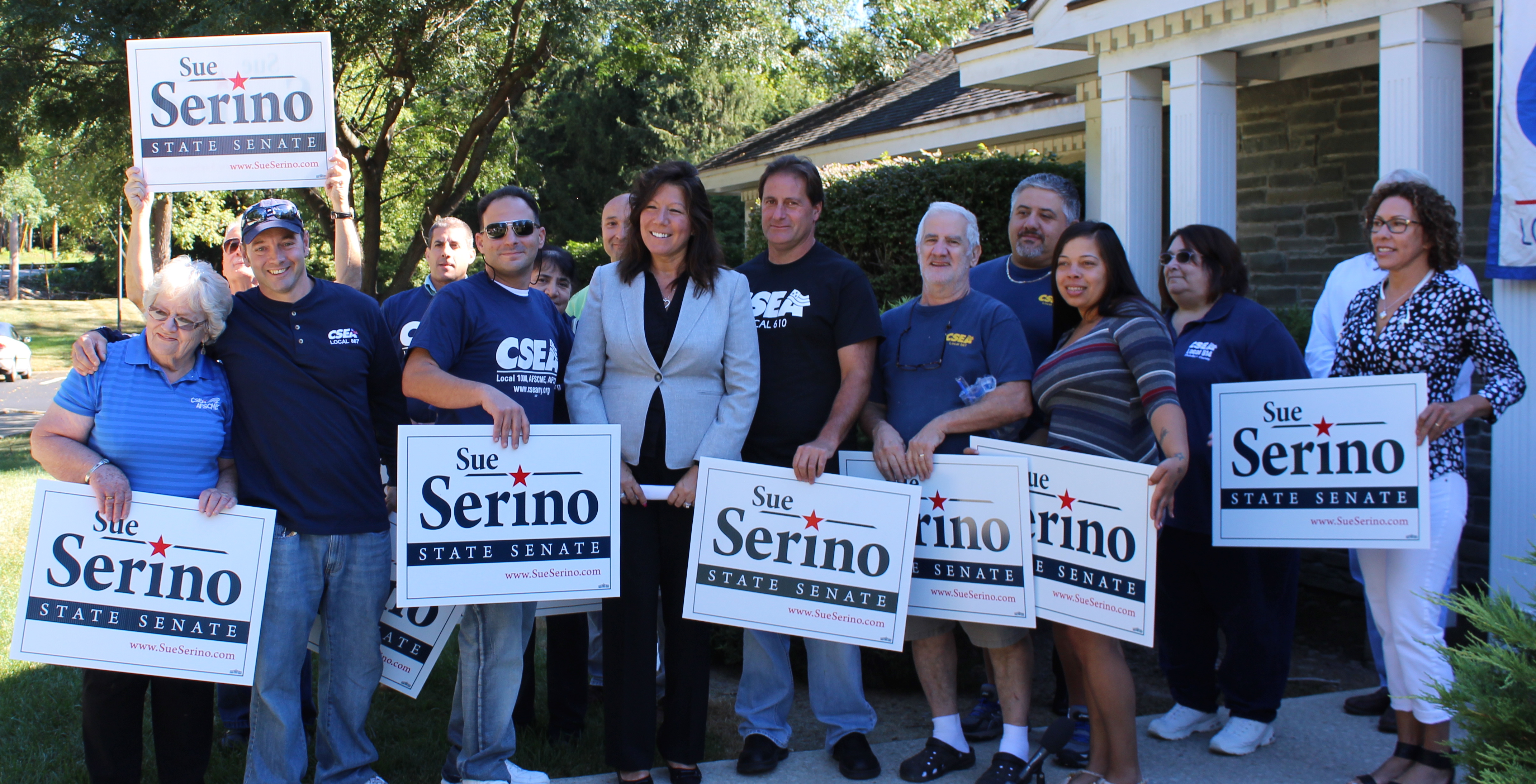 BEACON, NY—Senator Sue Serino today expressed her gratitude to the Civil Service Employees Association (CSEA) who officially endorsed her campaign for re-election to the State Senate. Serino is running for re-election in the 41stSenate District, which includes most of Dutchess and parts of Putnam counties.

Representing approximately 300,000 active and retired public and private sector employees throughout New York, the union is a driving force in protecting the rights of workers and their families throughout the state.

Senator Serino proudly accepted the endorsement saying, “CSEA has proven to be an invaluable partner in fighting for policies that protect workers and strengthen our economy, and I am incredibly honored to have their support once again. The hardworking men and women who make up CSEA here in our community and across the state truly go above and beyond, and if I am given the honor of being re-elected on November 6th, I will be committed to doing the same for them.”

The CSEA’s Southern Region is headquartered in Beacon.