TROY, NY— With the newly drawn 43rd State Senate District now including parts of Rensselaer County, Senator Sue Serino this weekend joined members of the County’s Republican Campaign Committee for their meeting at the Polish American Club where she was nominated as the designee for State Senate in that district. Serino was nominated by Cindy Mattison, Chair Hoosick Republican Committee and seconded by Robert Jaeger, Town Supervisor of Berlin.

“It’s clear that Rensselaer County residents know how critically important this year’s election is for the future of our community, and our country,” said Senator Serino. “To make a change, we need leaders who actually understand the challenges our neighbors are facing and who are determined to put an end to the rising costs, increases in crime and government overreach that are making it impossible for New Yorkers to move forward. As someone who spent a portion of my life as a working single mom living pay check to pay check, as a small business owner dealing every day with the frustration of doing business in New York, and as a daughter of aging parents, trying to navigate a broken care economy, I understand the challenges so many of our neighbors face because I have lived them. That’s why I’m committed to being a strong, independent voice for our community. I am honored to have the support of the Rensselaer County GOP Committee and look forward to all we accomplish together to move our community, and our state, forward.”

Cindy Mattison, Chair of the Hoosick Republican Committee said, “From the minute I met Senator Serino and learned she could be representing parts of Rensselaer County, I knew she was one of us and I was impressed by the work she’s already done as a State Senator. She’s a tireless advocate for our seniors and has been an outspoken voice against policies that would hurt our aging population. I know she’s going to represent our local community well and will fight for our best interests, just like she’s already done for the entire State.”

Robert Jaeger, Berlin Town Supervisor said, “Since meeting Senator Sue Serino she’s shown that she’s an accessible and hands on representative. She’s shown a strong interest and desire already to learn more about the issues that matter most to our local towns, and she will be a strong voice that will bring our concerns directly to Albany. I’m looking forward to working with her and having her be our advocate in the State” 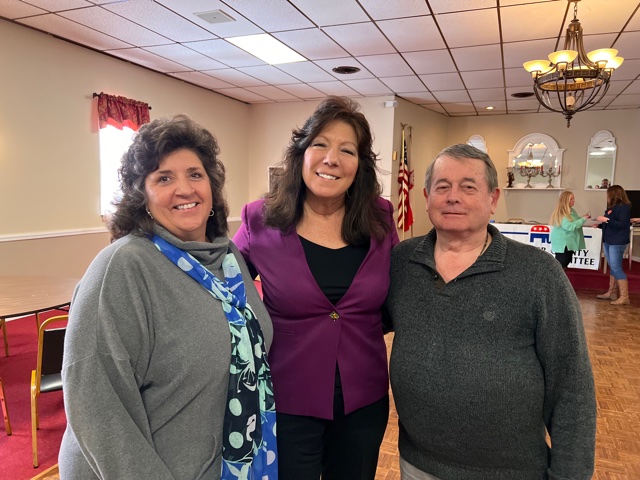